The piece encompasses not only a sculptural vision, but also a literary and architectural one. Suspended in an intermediary position, at a distance from both ceiling and floor at the right-hand end of the corridor running around the perimeter of the building’s foyer, it significantly alters the architect’s perception of the space.

It consists of thirty-nine sheets of braided wire, arranged without touching one another, although overlapping at different points, without any apparent order, like some collective living organism.

The light that emanates from the ceiling, reveals a literary component of the piece. Letter by letter, the words from Arthur C. Clarke’s Rendez-vous with Rama are projected through the lattice onto the floor. 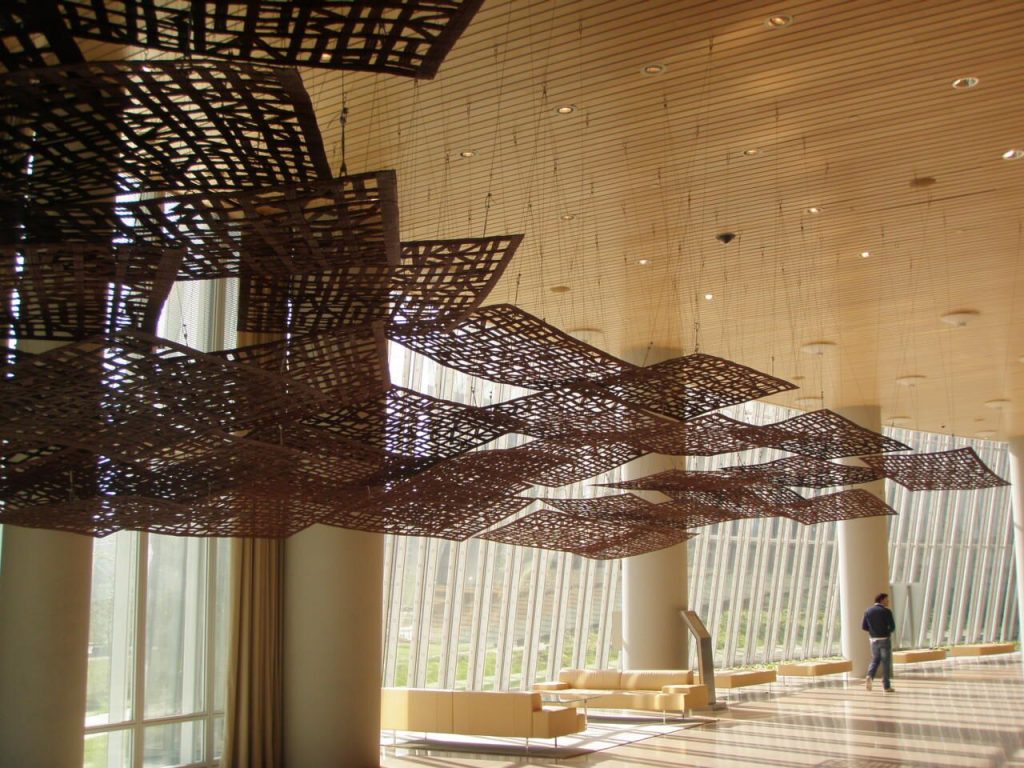 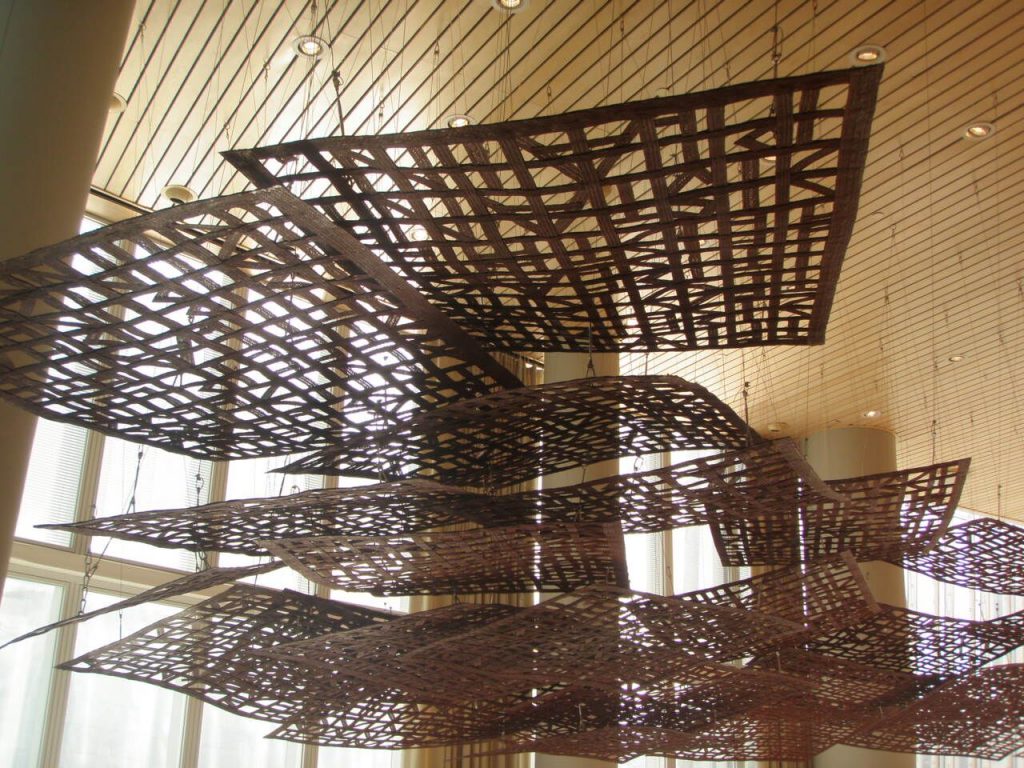 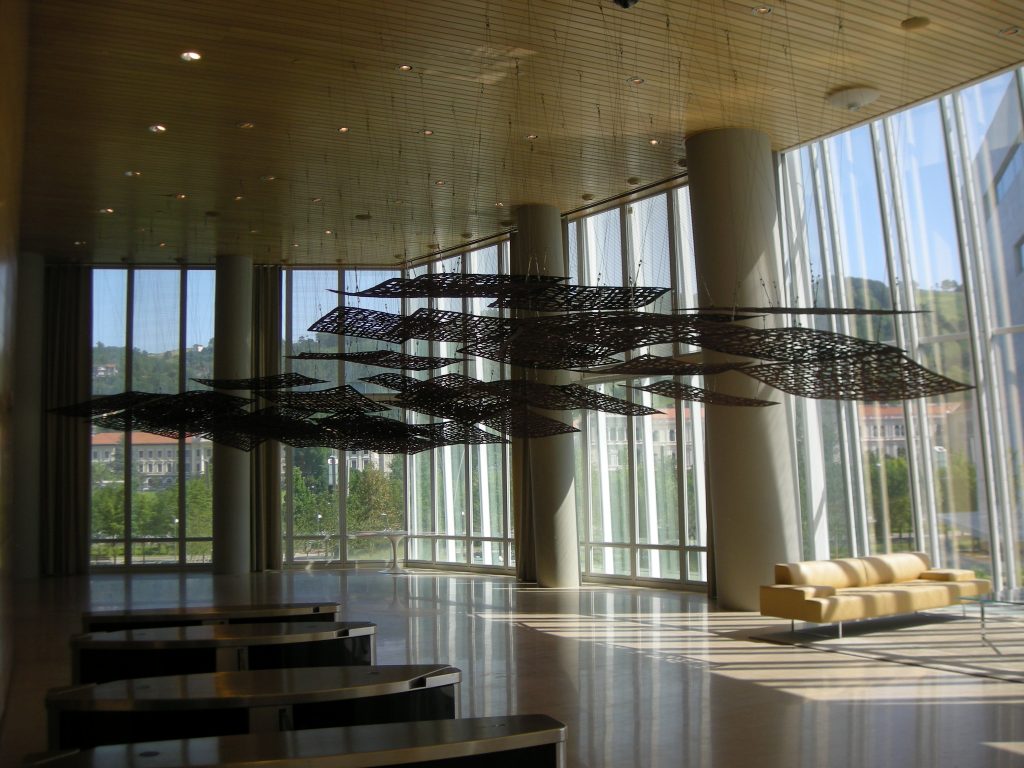 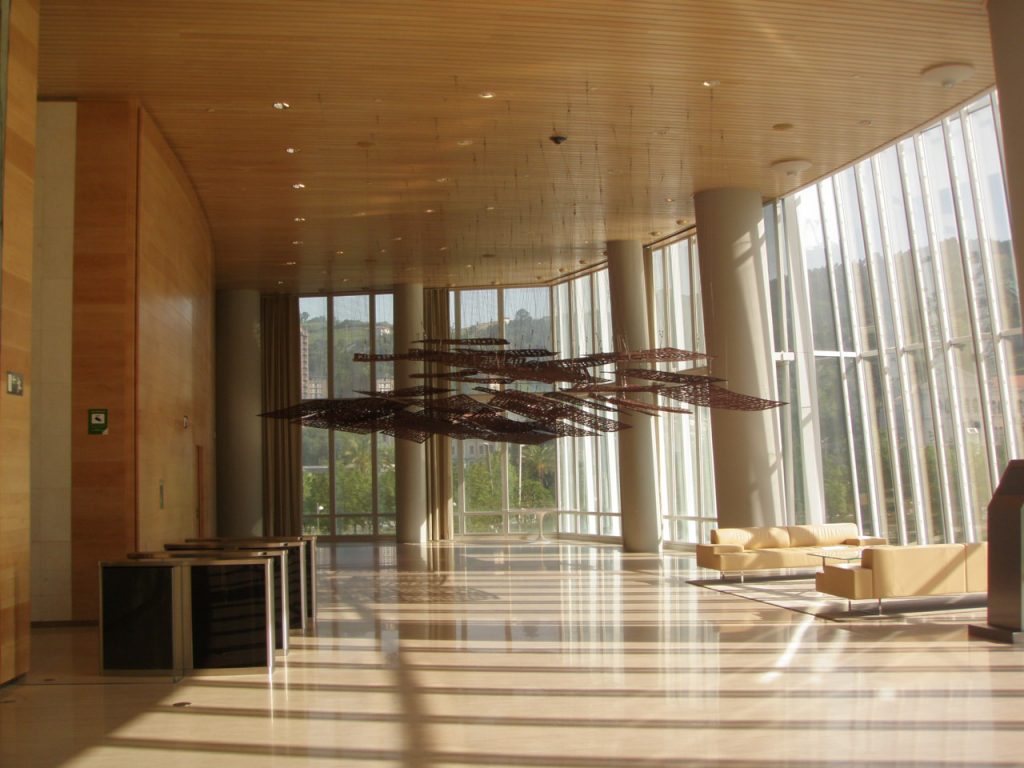 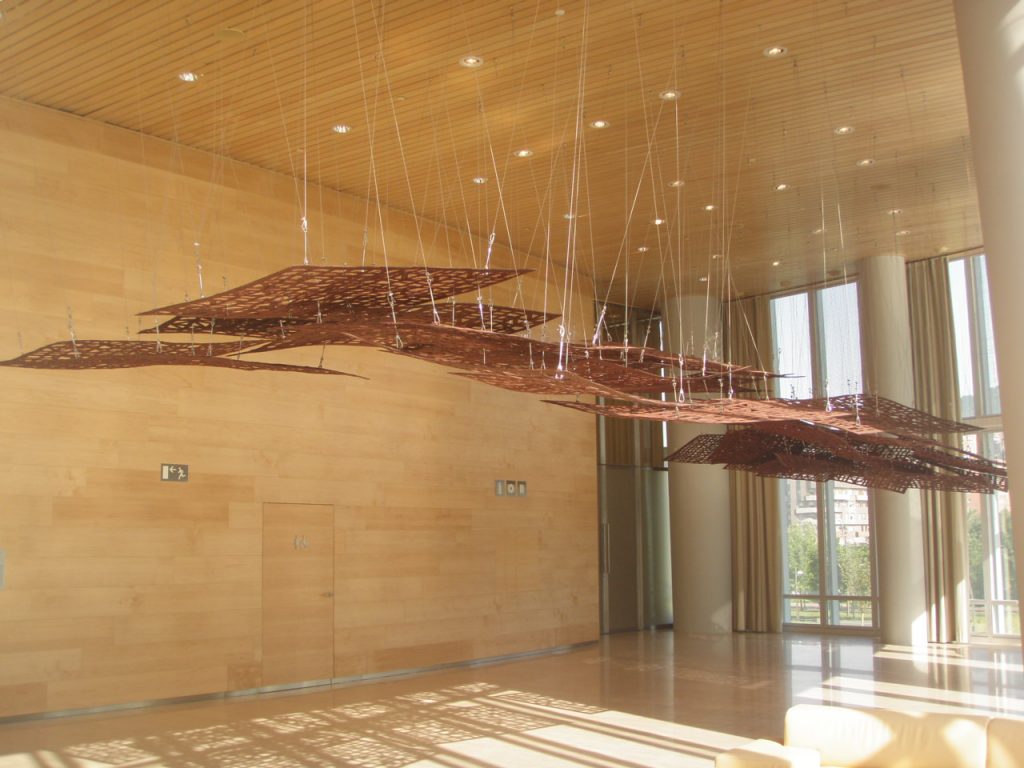