The Bilbao Fine Arts Museum presents the exhibition Womanology showcasing the exceptional collection of Bilbao resident José Ramón Prieto. It is a private contemporary art collection which has been assembled over the past two decades whose uniqueness lies in the fact that it is comprised solely of works by women artists.

However, this was not planned in advance; instead, the collection gradually took shape as José Ramón Prieto discovered artists and works related to his experiences and his personal taste, and as his judgement that was refined over the years in his visits to museums, galleries, fairs and biennials, mainly in the company of Ana San José.

He himself acknowledges this in the prologue of the catalogue published by the museum for the occasion: ‘Even though I wasn’t an expert when I first forayed into the art world, I did wonder why, aware of the existence of so many exceptional women in all spheres of culture, science and politics, this wasn’t reflected more noticeably in the fine arts or music. How was it possible that the presence of women artists in the twentieth century was still so silenced, given that they had full capacities, training, inspiration and talent?’

The intention and audacity of recording this reality are reflected in the exhibition catalogue, whose contributors include the historian Manuela Mena, who worked as the Senior Curator of Eighteenth-Century Painting and Goya at the Museo Nacional del Prado, and the philologist, historian and art critic Ángela Molina. Mena’s essay traces a genealogy of the women artists in art history, while Molina’s offers a critical examination of the collection full of suggestions and referents.

The opportunity to exhibit this important set of artworks now stems from their unquestionable interest and the generosity of José Ramón Prieto, who a few months ago also donated the 2001 work Weave II by Dora Salazar to the museum, which is now displayed in gallery 32. Yet it also comes from the growing attention that this institution has been paying to women artists in recent years. Pioneering exhibitions like Women Impressionists (2001) and Kiss Kiss Bang Bang (2007) are the forerunners of more recent initiatives, such as the Emak programme, which seeks to boosts women artists’ representation in the collection.

With this added purpose, the museum’s visitors can now discover the José Ramón Prieto Collection via this exhibition, which was curated by the art historian and cultural manager Lourdes Fernández. The artist Xabier Salaberria assisted in the set-up, which is open and gives each piece its own voice.

Language: Spanish, with appendix in Basque and English 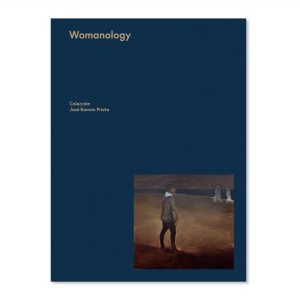 Womanology takes its title from the painting of the same name by Linette Yiadom-Boakye, who usually portraits outsiders, real people on the margins on the real, something that has happened with women countless times over history. As Ángela Molina acknowledges in het text, what predominates in the collection is ‘works by women artists who do not conceal theis discomfort with the cultural inheritance that belitttles anad limits them’.

The sound installation by Susan Philipsz and the pencil drawing by Jenny Saville are recent additions to the collection which are now being unveiled.

Womanology does not revolve around a single artistic style but draws from multiple contemporary languages such as Pop Art, conceptualism, minimalism, Informalism, geometric abstraction, Arte Povera, constructivism, neo-Baroque, expressionism and photorealism. There are many large paintings, plus a sampling from all types of artistic disciplines, including painting, sculpture, drawing, engraving, photography -often stemming from performances- assemblages, video installations and sound works, which are related to each other and share the collector’s profound, exquisite sensibility.

The majority of these works date from the twenty-first century, so even Louise Bourgeois, who is from an earlier generation, is represented with a gouache, Pregnant Woman, which she made in 2007, just three years before her death. The oldest work is the photograph Pietà, taken during a performance by Marina Abramović and Ulay in 1983. The most contemporary one is the pencil drawing Study for Pietà I by Jenny Saville, made and acquired this year, in 2021. Therefore, the exhibition’s timespan begins and ends with the contemporary reinterpretation of one of the unique images of women in Catholic iconography, embodied in the Virgin Mary, as in the piece Untitled #959 by Petah Coyne as well.

Saville belonged to the group of Young British Artists who garnered international fame in the late 1980s. Tracey Emin was also a part of the group, with her works on the female sexual condition which prompted plenty of scandal. Here she is represented with an ironic embroidered blanket. The use of textiles as metaphor is another characteristic practice of women artists, as also seen in the work by Elena del Rivero.

The works assembled are a reflection on such important topics as the construction of gender, the existence of a female view of the world, sexuality, psychoanalysis, feminism, the fleetingness of time, the meaning of art, the failure of the idea of modern life, religion and death. They comprise a multicultural, pluri-disciplinary whole which, just like the photographer Anna Malagrida, encourages spectators to plunge into our contemporary world.

Other photographers like Hannah Collins and Vera Lutter focus on reflective aesthetic works -both in black and white and large sizes- which have to do with frozen time and memory.

Naturally, the reflection on female iconography and the female body occupies several artists in the collection, who take a wide range of approaches. Alicja Kwade presents a porcelain figure which contains fragments from the classical myth of Aphrodite; myth also resonates in the work of Ana Laura Aláez, in this case Narcissus, strained through the lens of pop culture. Eve Sussman also draws on mythology to reinterpret the Roman legend of the Rape of the Sabine Women on film, and Camille Henrot is also inspired by the Latin tradition and connects it with the contemporary communication technologies.

Historical reflection is another point of departure for other artists. Adriana Varejão condemns the colonial history in Brazil by reinterpreting a characteristic feature of the Portuguese tradition: the tile, which works as a cultural metaphor. Kara Walker confronts us with violent stories of racial inequality in the United States of America.

The power of the image and language interest artists like Barbara Kruger, Jenny Holzer and Laure Prouvost from very different perspectives, including psychoanalysis, feminist ideas and artificial intelligence.

Other approaches focus on the act of painting itself. Examples include Caro Niederer and her provocative still life, which evokes her passion for Africa. Donna Huanca works with powerful pigments and tactile qualities in paintings related to her performances, in which she works based on a cultural revival of her Bolivian roots. In a neatly figurative work, Elisabeth Peyton pays subtle tribute to the French sculptor Camille Claudel, one of the “forgottens” in art history. In turn, Marlene Dumas inquires into a wide range of topics, such as eroticism, vulnerability and the male view of the female body, in delicate inks and drawings based on a heterogeneous personal archive of images.

Inquiries into space and sculpture are also found in the José Ramón Prieto Collection through prominent works by Ángela de la Cruz, Monika Sosnowska, Tatiana Trouvé and Cristina Iglesias, among others.

These artists make very personal works ranging from the dismantling of painting as it is traditionally understood by Ángela de la Cruz to the creation of new territories by working with space and textures, as feature prominently in Cristina Iglesias’s career. Represented with one silkscreen prints on copper dating from the turn of the century -one from 1999 and the other from 2001- this artist from San Sebastián defends the hybridisation of artistic techniques as essential to creating her non-existent spaces which equally intrigue and captivate the twenty-first-century public. 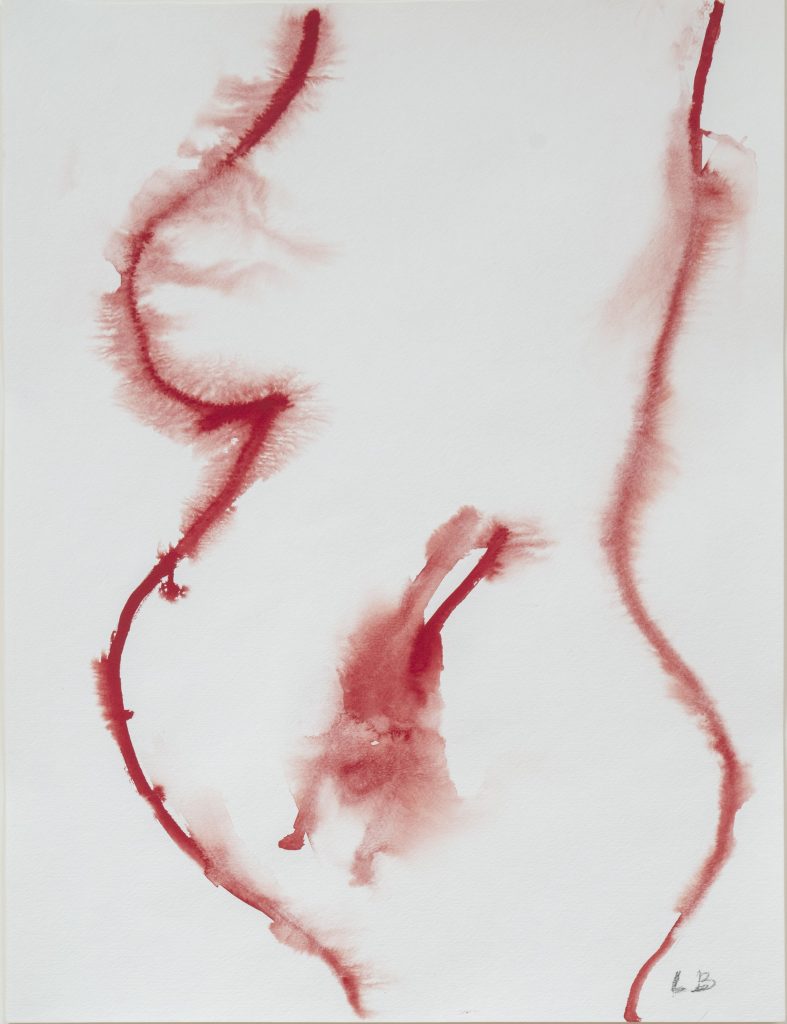 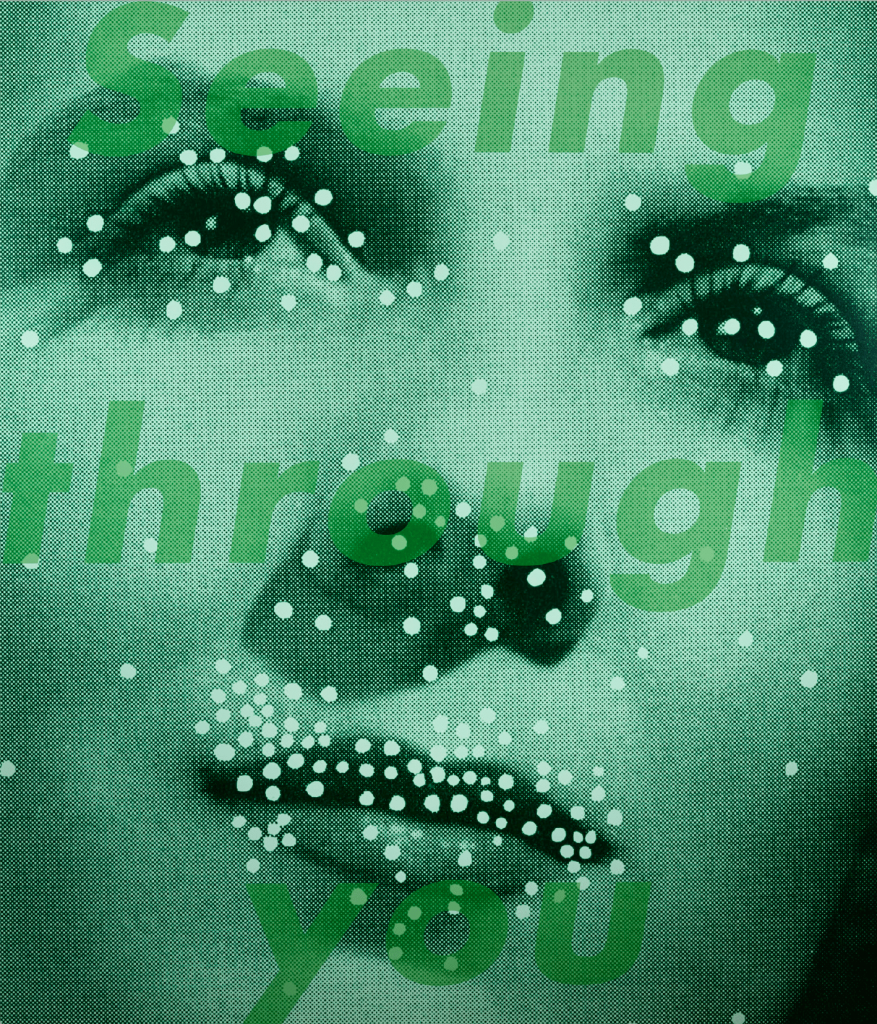 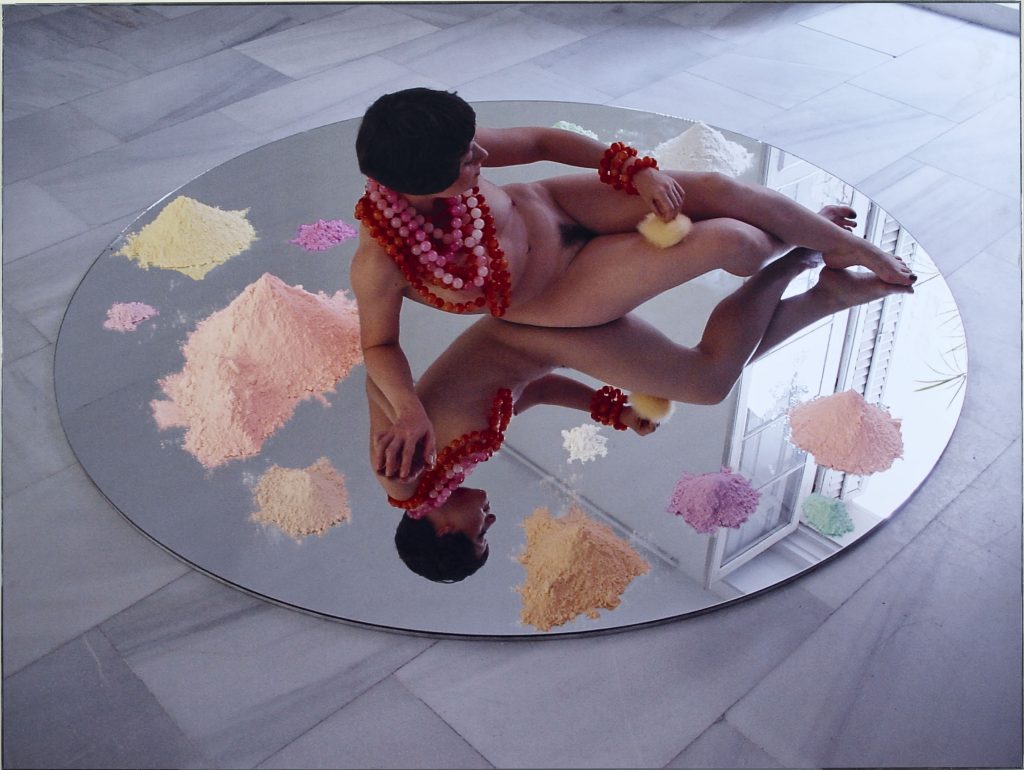 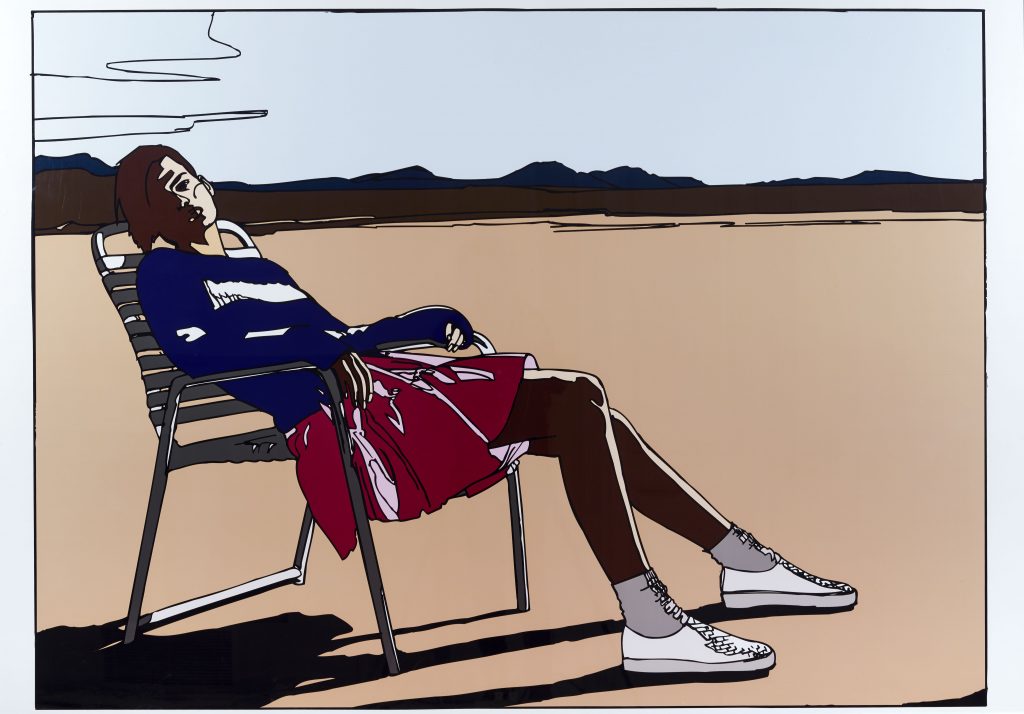 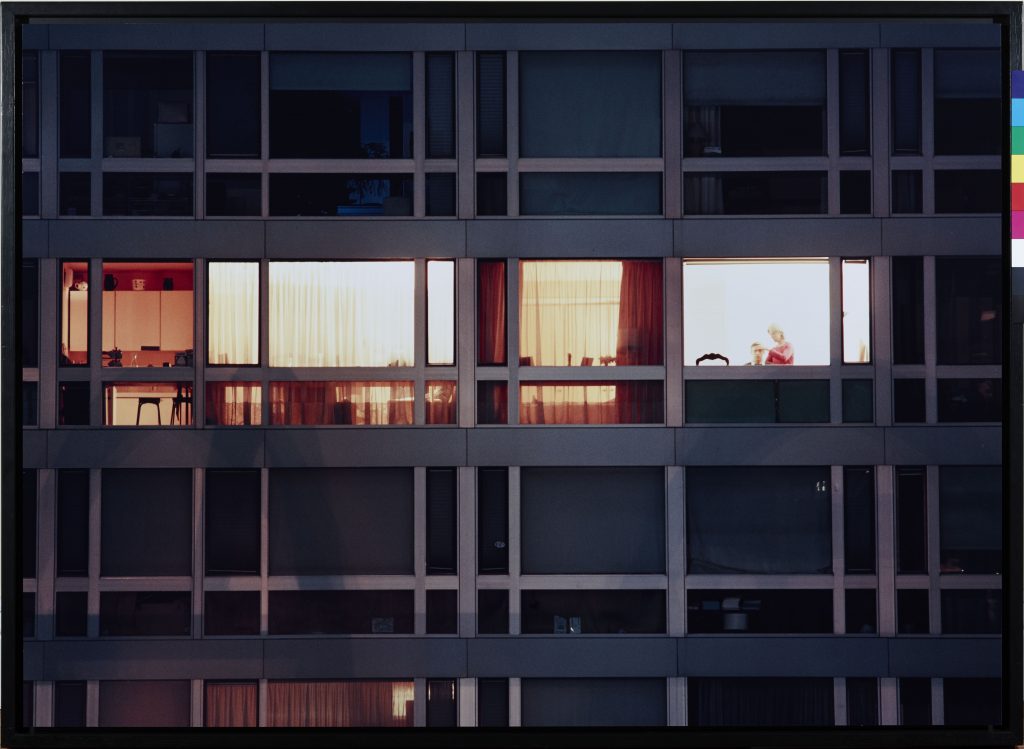