A worldwide network of artists, writers and communities

reporting on their weather and our climate

The world’s weather is not what it was. We see glaciers melting and water levels rising. Some lands are flooded and others are parched. Everywhere is heating up.

Formed in response to the climate emergency, the World Weather Network is a constellation of weather stations set up by 28 arts agencies around the world and an invitation to look, listen, learn, and act.

From June 21 2022 to June 21 2023, artists, writers and communities will share observations, stories, reflections and images about their local weather, creating an archipelago of voices and viewpoints. Engaging climate scientists and environmentalists, the World Weather Network brings together diverse world views and different ways of understanding the weather across multiple localities and languages.

Each partner arts agency has chosen a location of significance from where artists and writers can explore the local weather; we call these “weather stations”. They may be specific places, buildings, environments or wider geographic regions. From each weather station, artists and writers create new works in a range of different art forms: these are the “weather reports”.

The Network is hosting a series of online talks, presentations or performances throughout the year, inviting leading thinkers from the fields of science, technology, ecology, philosophy, and policy to talk about weather and climate with artists and writers.

Artangel has commissioned and produced two projects exploring how everyday weather phenomena are experienced and communicated. A Thousand Words for Weather, a collaboration with Jessica J Lee and Claudia Molitor, takes place at London’s Senate House Library from 22 June 2022. Abi Palmer Invents the Weather is a video enquiry into the four seasons by the artist in collaboration with her two Siberian forest cats. 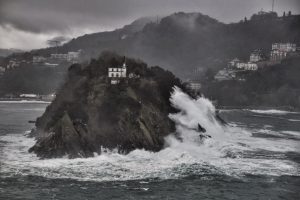 A historic lighthouse on the rocky outcrop at the top of the island of Santa Clara has been transformed into Hondalea, a sculpture by the artist Cristina Iglesias. Integrating the weathered geological forms and rough seas of the Basque coast, Iglesias’s sculpture creates a space for reflection about humankind’s relationship to deep time and environmental change.

Exposed to the elements, the island of Santa Clara is also home to a meteorological station that shares daily weather reports and forecasts through Euskalmet, the Basque weather agency. These are the starting point for a collaboration involving the artists and writers.Together they will explore how the changing climate impacts on the daily life of the city and the territory, in a sequence of video and audio weather reports. 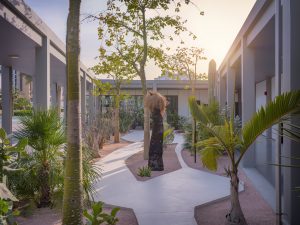 Art Jameel’s weather station explores atmospheric humidity, a central climatic marker of the Arabian Gulf. Located in the desert gardens and library of the Jameel Arts Centre in Dubai, where air-to-water generators provide visitors with drinking water and humidity readings, their weather reports will include narrative podcasts by artists and writers, released at regular intervals throughout the year. 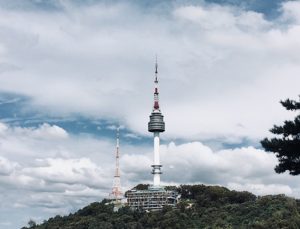 Art Sonje Center has collaborated with the artist duo MOON Kyungwon & JEON Joonho to launch several projects, including new works, talks and exhibitions. They will explore the past, present, and future of the planet Earth from non-human perspectives as well as draw attention to the local issues concerning climate change. 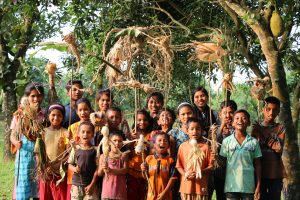 Dhaka Arts Summit presents a short video filmed in rural Bangladesh, featuring hand-made puppets and narrated by a group of children talking about what it means to live with extreme weather – the theme of the 2023 Dhaka Art Summit taking place from 3-11 February. 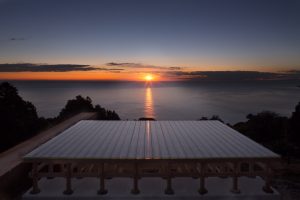 Enoura Observatory, in partnership with Japanese artist Hiroshi Sugimoto, will live-stream footage of the atmosphere from its position overlooking the sea. In a historic collaboration with Sony and JAXA (Japan Aerospace Exploration Agency), Sugimoto will use Sony’s space camera to track the constants of the sun and moon from the perspective of space and observe the turbulence of earth’s atmosphere. This will be the first time Sony’s space camera has been used and the resulting images will be unveiled on the World Weather Network platform in early 2023. 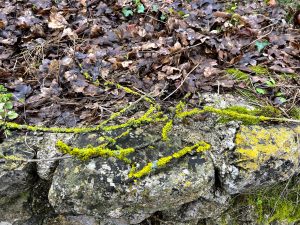 Lichens Never Lie charts the multi-faceted nature and properties of lichens as weather ‘reporters’. The title Lichens Never Lie points to the ability of lichens to act as air filters and climate indicators, and their astounding adaptability to survive extreme environments. Through different projects encompassing poetry, illustration and photography, the weather reports from Grasse, France, will explore the relatively unknown characteristics of lichens. 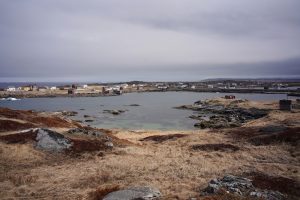 Fogo Island Arts has partnered with the National Gallery of Canada to commission a new work by Liam Gillick that will function as an operational weather station. The new artwork, titled A Variability Quantifier, will be used by scientists and local community members to add their own meteorological instruments to measure and track local weather. It will also help to monitor the changes arriving with the increasing experience of the climate crisis to which Fogo Island has a front row seat from its location within the Labrador Current.

Commissioned by Fondazione Sandretto Re Rebaudengo 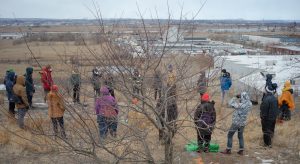 Fondazione Sandretto Re Rebaudengo will commission projects in three locations in Italy: a museum in the former industrial area of Turin, a hill overseeing the farming landscape of the Roero and Langhe region in Guarene, and a small island part of the fragile ecosystem of the Venice lagoon. The first isTraining for the Future: WE DEMAND A MILLION YEARS by artist Jonas Staal. In a time of increasing global crises in politics, economy and ecology, dystopia has turned into the new norm. Training for the Future is a utopian training camp where audiences pre-enact alternative scenarios. Throughout the summer, a series of weather reports will reflect on the topics raised during the programme. 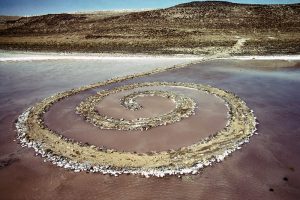 In 2022, fifty-two years after it was created, Robert Smithson’s Spiral Jetty is a barometer for the climate emergency. Constructed from 6,650 tons of rock and earth, the spiral continuously changes form as nature, industry, and time take their effect. The current water level of the lake is at its lowest since records began. Beginning on 21 June 2022, Holt-Smithson Foundation will publish weather reports from Spiral Jetty, sharing unseen film footage from its construction, as well as images of the earthwork immersed under water, of its reappearance in 2002 covered with salt crystals, and of the situation today. 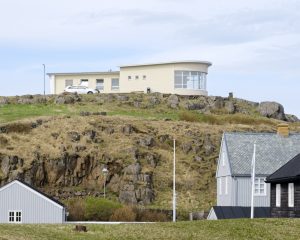 As artist-in-residence at the Vatnasafn / Library of Water in the small town of Stykkishólmur on the west coast of Iceland, Einar Falur will record a yearlong visual weather-diary, created in “discussion” with weather records made at the site 170 years ago. 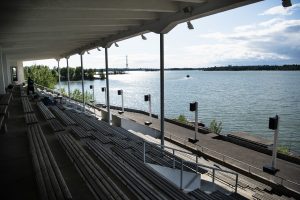 IHME Helsinki presents two artworks exploring Earth’s life-support systems: oceans and forests. The first, Listening Through the Dead Zones by Jana Winderen, is a sound installation in which the audience can listen to different species of mammals and fish that live in the ocean. The sound piece will be available to listen to on the World Weather Network platform. The second artwork,To Burn, Forest, Fire by Katie Paterson, will be staged at various times and locations. 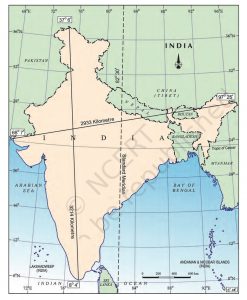 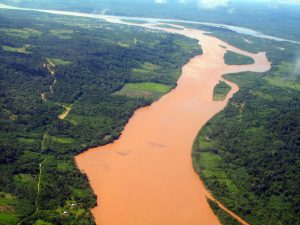 The Museo de Arte de Lima (MALI) has commissioned two projects exploring the element of water and its link to the landscape in different regions of Perú: the coast, snow-capped mountains in the Andes, confluences of rivers in the Amazon basin and cloud forests. Between June 2022 and May 2023, a series of weather reports will be published online. These will be submitted by Luz María Bedoya and produced in collaboration with local communities, musicians, artists and academics. 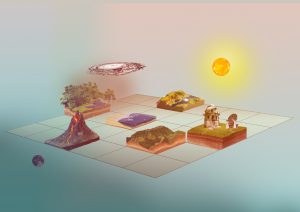 Derek Tumala’s project,Tropical Climate Forensics, draws inspiration from his 2021 residency at the Manila Observatory, one of the oldest meteorological observatories in south east Asia. The project will map out the past, present and future of the climate crisis in the Philippines with the support of scientific research, such as archives, current data and climate forecasts. 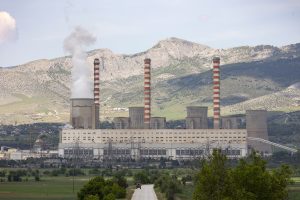 112, Climate Tone is a contemporary art project organised by NEON with a focus on climate change and the environmental crisis as an urgent and ongoing condition. In this context, three weather stations will be created – sonic, visual and dialogue-based – and regular weather reports will be uploaded. Capturing an essence of the climate condition in Greece, these stations and its operators will incorporate actual current weather data and situations that will form the outcome of these reports: an alert for the climate. 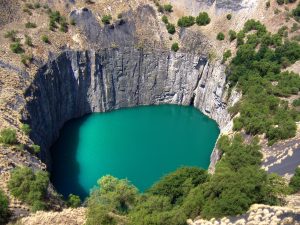 An Accumulation of Uncertainties utilises both speculative and historical fabulation to think about the weather. The project broaches topics such as the imbricated entanglements between bodies and atmospheres, the historical and contemporaneous relations between humans and non-human forces, and understandings of weather beyond its meteorological associations.

Commissioned by OCA and Artica Svalbard 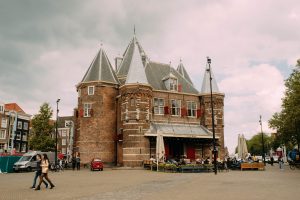 The Amsterdam weather station is situated in the 14th century Waag (‘the weighing house’), the oldest secular building in the city. Waag is collaborating with artist Vibeke Mascini to produce a new work exploring the relationship between energy and the weather. The work will focus on the most pervasive sound on earth: the infra-sound wave forms which originate from the friction between the ocean’s surface and the atmosphere.

Ruya Foundation has commissioned two artists to explore the effect of water, or lack of it, in Iraq. Sherko Abbas will create a mobile weather station raft, Tigris River Sound Lab, as a platform to listen to nature by recording sounds of the very deepest of water, wind and rain. Akeel Khreef will subject his own body to climate change in the Iraqi Marshes.

SAHA positions its premises facing the historical Galata Tower in Istanbul as an imaginary weather station to bring people together for personal and collective observation of weather. SAHA’s director Çelenk Bafra collaborates with m-est.org, an online publication conceived as an artist-centered initiative, in order to invite three artists in residency for 6 months at SAHA Studio in Istanbul and to commission artists and collectives from Turkey new texts and public programmes. SAHA weather report features artistic statements, artworks, artist-driven texts, conversations, readings, performances, and podcasts/broadcasts about weather and ecology from Turkey and beyond. 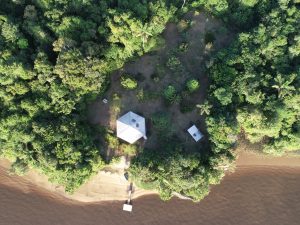 Guyana in South America is simultaneously one of the most climate vulnerable and climate important countries in the world. Sophia Point’s weather station will focus on the language and experience of the weather of Afro, Indo and Amerindian Guyanese, who live near the Sophia Point Rainforest Research Centre. 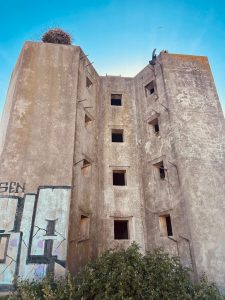 Terra Foundation has commissioned and produced a new project exploring how weather phenomena are experienced and impact the context of Comporta’s ecosystem. Comporta Weather Station is a cultural research programme conceived and produced by Terra Foundation, bringing together three disciplines: design, music and poetry. 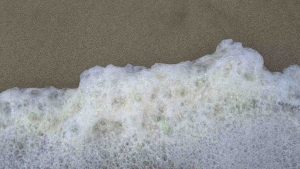 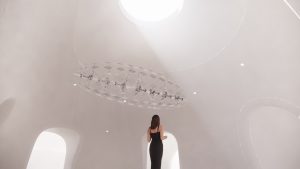 Drawing on the imagery of clouds, artist Xiaoxiao Zhao integrates data collected from locations across Qinhuangdao to create the interactive installation Cloud Atlas. Co-produced by UCCA Center for Contemporary Art and Aranya, and presented by theTANG, this report retraces the contemporary genealogy of clouds across time, meteorology and cyberspace. 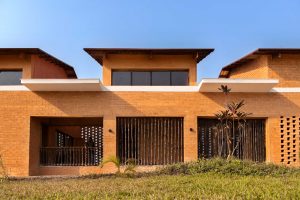 Guest Artists Space (G.A.S.) Foundation is Yinka Shonibare Foundation’s delivery partner in Nigeria. Both non-profit organisations were established in 2019 by Yinka Shonibare CBE RA. Their ambition is to facilitate international cultural exchange and develop creative and research practices through residencies and collaborations. 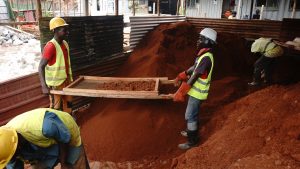 How do we use a building to explore what matters now, what we want to elevate and what we need to let go of? With themes such as impact, community, legacy, care and creation, a series of short films will explore how buildings can embody our values for a liveable future and how, locally, we can build new worlds.